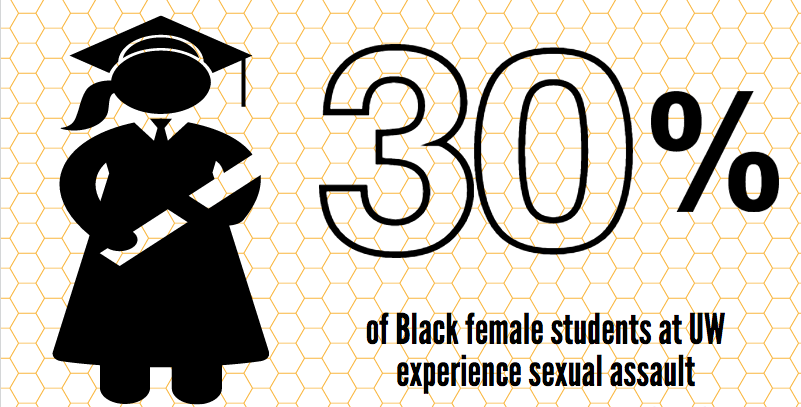 This past Sunday, the Gamma Epsilon Chapter of Alpha Phi Alpha posted an official statement on their Facebook page regarding the current sexual assault climate on UW-Madison’s campus.

The statement comes after months of shared frustrations within the black student community following allegations against a member in the fraternity late last semester; however these accusations never materialized into any formal charges.

The allegations led to months of debate, discourse and overall divide in the black student population.

While the allegations surfaced last semester, no black student organizations explicitly discussed the problem until recently. Historically, we have continued to see sexual assault allegations silenced and swept under the rug. We avoid the conversation in public communal spaces and continue to hold campus events while the subject sags in the air.  It’s nothing new to our campus, and especially not the Black community in particular. I think of coming to campus my freshman year and never quite understanding what genuine advice such as “stay away from him because he’s ‘rapey’” was more common than targeting the rape culture. Now, as a senior, predominantly via social media, I’m beginning to see these conversations of changing the culture rather than advising women how to not become a victim to it.

Two weeks ago, student organizations Wisconsin Association of Black Men and Black Woman Heal! broke the silence and challenged us to engage in the conversation that works towards changing rape culture and making that “grey area” of consent more apparent. Ubuntu, a black student support group, held an event last week that allowed students to vent their struggles over the past months and speak on the lingering silence over the issue of sexual assault allegations.  We admitted to the divides created within our community and the frustration on not knowing how to bridge it back together after hurt, confusion, and mistrust. Sexual assault is a subject that comes with painful reminders, denial, confusion, frustration, and overall silence. But that should not deter us from facing it.

As UW-Madison continues to make headlines for serial sexual assault perpetrators and nooses being brought into football games, it is important to remember sexual assault is not an issue limited to UW’s white population, and it is not an isolated incident in our own community. As a population of only 2 percent, it is up to us to hold each other accountable keeping in mind our intentions and future hopes for our campus and peers.   Regardless if people agree or disagree on allegations, we all can admit that sexual assault is a definite issue on campus; the same way we have continued to call out racism and non-inclusive environments. There is no hiding, and we must work to end rape culture and create safe environments for survivors and prevent future assaults. This can only be done by confronting arduous conversations and beginning to visualize what exactly accountability and healing looks like.

The statement presented by Alpha Phi Alpha is a step forward to addressing the core of our concerns as a community. However, it neither eradicates the pervasiveness of sexual assault or absolves the campus from reexamining toxic spaces and interactions that exist for Black women. Let’s keep these dialogues going.